Times have changed, your material has to change too!

ALL THE ITEMS BELOW ARE IN-STOCK & READY TO SHIP

THE PERFECT ZOOM or SOCIAL DISTANCING TRICK   WITH THEIR BOOKS!

It’s the SUPER EASY TO DO, No Formulas to Memorize, No Pre-Show work, No Fishing, Book Test that uses the POPULAR AND RECOGNIZABLE HARRY POTTER TITLES. USE THE BOOKS AT THEIR HOUSE TO BOGGLE THEM OR BRING YOUR OWN AND HAVE THEM EXAMINED WITH YOU STANDING AT A DISTANCE!

THE BEST WAY TO OPEN YOUR SOCIAL DISTANCE AND ZOOM SHOWS!

THIS VERSION ONLY AVAILABLE FROM ROBERT!! An improved and perfected, better method, that’s not available from any other dealers! Sets up quicker and faster AND CREATES A FLASHY VISUAL IMPACT AT THE START OF YOUR SHOW!

5 MINUTES OF FUN WITH NO AUDIENCE PARTICIPATION!

Corporate and adult crowds adore it! CHILDREN LOVE IT! Puppeteers and Ventriloquists can use it to add more material to their act. Prepackaged comedy and magic where you don’t have to do anything but follow along to the audio instructions! The Better “Bandana/Banana” routine that has no fruit to buy AND no mess to clean up afterwards!

THE CLASSIC LIE DETECTOR PREMISE THAT CAN BE DONE WITH A SPECTATOR STANDING FAR AWAY!  Comes with a supplied gimmick that’s EXTRA LOUD for EXTRA LAFFS! DVD shows how to easily MAKE the supplied battery operated DEVICE into different types of lie detector props. YOU CAN TURN AN iPAD OR TABLET INTO A LIE DETECTOR WITHOUT AN APP! Includes performance footage, clips, ideas, suggestions and & over 23 pages of jokes, lines, gags, and tips.

SEE THE PERFORMANCE VIDEO WITH ROBERT’S NO AUDIENCE HELPER ROUTINE! The Egg Bag is a classic that has always used a hard to see egg and a strange suspicious bag. Now made with an authentic internationally recognized “CROWN ROYAL” purple bag and an aspirin bottle instead of an egg for a much more logical and personal routine! BUT THERE’S MORE! A special rattle/no rattle device has been added so the aspirin vanishes and appearances can be seen AND heard! DVD instructions include Robert’s routine that ends with a full sized bottle as a kicker!

DO IT WITH AUDIENCE PARTICIPATION FROM FAR AWAY! Superheroes are hot! They’re the basis for movies, tv shows, and tons of merchandise! And Robert does it again with the perfect pack small but play big piece of mind reading where a prediction matches a spectator’s randomly selected, real, superhero comic book! BUT IT DOESN’T HAVE TO BE COMIC BOOKS. Can be done with any 6 flat items!

BAXT’S “Naughty & Nice” 3 Rope DVD with ropes included is Robert’s heartwarming story for the classic Professor’s Nightmare rope trick that will be a highlight of your show! With Online and Social Distancing shows, a story kills time and draws them in…

The “Not So Instant Magician” Costume Set

The problem with the well known “Instant Magician” routine, is that standing close to a person is no longer good! This costume set allows you to have all the same fun  and photo opportunities. DISPLAY IT IN A SEALED ZIPLOC BAG TO SHOW CLEANLINESS AND TOSS IT TO YOUR VOLUNTEER WHO STANDS FAR AWAY. Let them put it on and use it for any “Do As I Do” routine with  kids OR Adults; for lots of laughs and fun! Comes complete with a beautiful tuxedo bib front printed on terrycloth for easy washing, and plain black cape (Robert added sparkles to his, you can do the same with yours) 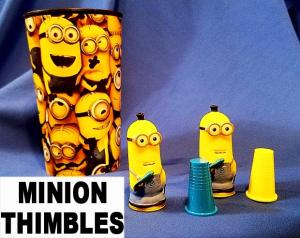 The new film “Minions: The Rise of Gru” is coming!

They vanish! They reappear! They drive kids crazy with their wild antics! This is a set of four thimbles: One Blue, one yellow, and two matching officially licensed Minion characters thimbles PLUS! an officially licensed gimmicked Minion cup for all sorts of different magic limited only by your imagination. Instructions included for sample routines. Matched Minion thimble characters may vary from picture.

The perfect routine for all your family and kid shows! It’s here, it’s there, and now it’s gone! Then it can multiply as you seemingly put it away only to have it pop back into view! The best “Look, But Don’t See” routine for all your coloring book and other coloring routines. It packs small, but plays big. 🙂 You get a random colored real jumbo crayon that has been gimmicked along with instructions on how to make your own and performance ideas, handling, and tips. VISUAL MAGIC THAT YOU CAN MILK FOR A LONGER ROUTINE!  DO IT RIGHT INTO THE CAMERA FOR ZOOM SHOWS! 🙂 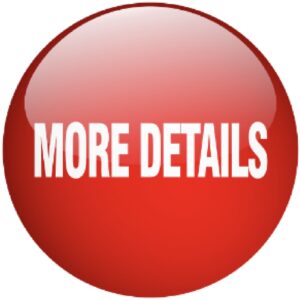 The items above are the best for Social Distancing, see the full selection of all of Robert’s items here >>>>

(The difference between off the

All the items above are available to every performer,       but if you want that extra “magic touch” that separates you from the rest, have Robert write custom material and coach you on your  presentation. It’s the difference that makes you stand out and leads to the big bucks!

(BUT ALL THE ITEMS ABOVE ARE CURRENTLY IN-STOCK & READY TO SHIP!!)

Call for an appointment to visit!

We are an ONLINE store, open 24 hours a day. Customer Service is available  from 10am to 8pm PACIFIC COAST TIME